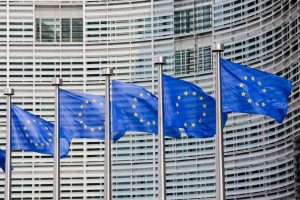 The European Commission on Tuesday adopted a list of countries it says has weak anti-money laundering and terrorist financing regimes, and urged banks to increase customer due diligence (CDD) checks on customers and firms from the blacklisted states.

The list was established after an ‘in-depth’ analysis, the Commission explained, and the methodology reflected the ‘stricter’ criteria of the Fifth Anti-Money Laundering Directive 5AMLD.

For each country, the Commission assessed the level of existing threat, the legal framework and controls put in place to prevent money laundering and terrorist financing risks and their effective implementation.

The Commission also took into account the work of the Financial Action Task Force (FATF), a global anti-money laundering body.

“As a result of the listing, banks and other entities covered by EU anti-money laundering rules will be required to apply increased checks (due diligence) on financial operations involving customers and financial institutions from these high-risk third countries to better identify any suspicious money flows,” a Commission statement explained.

In total, the Commission concluded that 23 countries have strategic deficiencies in their anti-money laundering/ counter terrorist financing regimes. This includes 12 countries listed by FATF and 11 additional jurisdictions. Some of the countries listed on Tuesday are already on the current EU list, which includes 16 countries.

In response, some of the blacklisted countries reportedly rejected the development. According to Reuters, the office of Panamanian President Juan Carlos Varela said: “Panama strongly rejects the proposal of the European Commission to include the country in a list of jurisdictions of high-risk third countries.”

Meanwhile Saudi Arabia, in a statement on the Saudi Press Agency website, said it noted the list ‘with regret’ and that “the Kingdom reaffirms that it is strongly committed to the common fight against money laundering and terrorism financing, a commitment that it shares with its international partners and allies.”

The 23 blacklisted jurisdictions are: